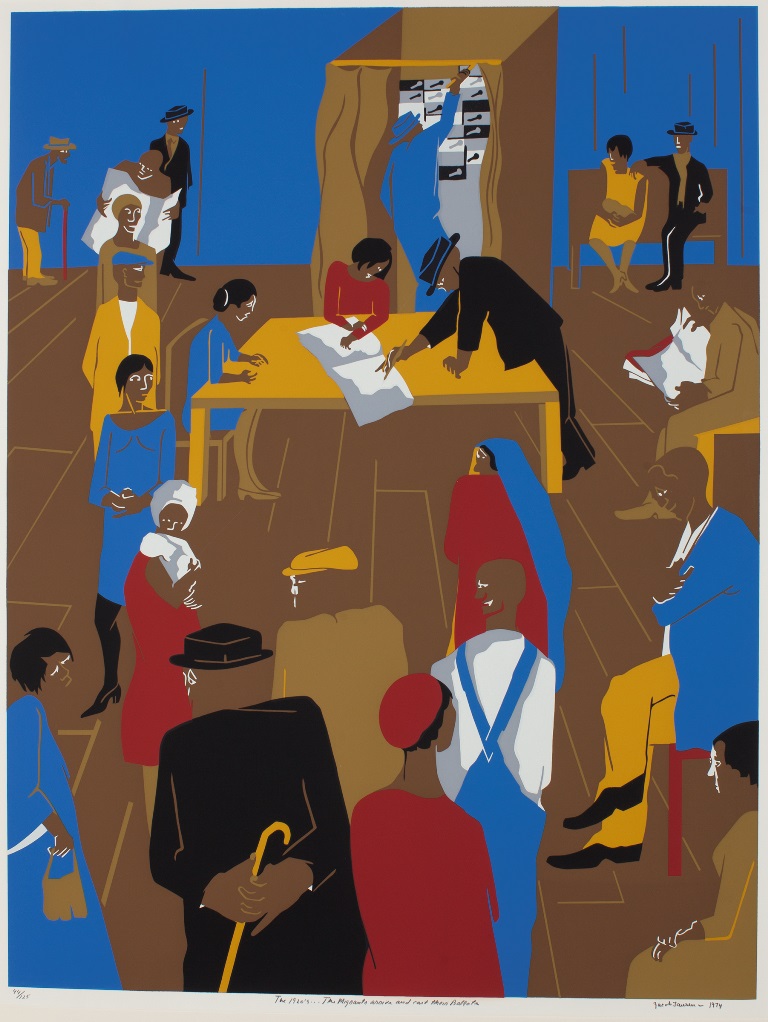 The 1920’s… The Migrants Arrive and Cast Their Ballots from the Kent Bicentennial Portfolio, Spirit of Independence

In 1941, African American artist Jacob Lawrence unveiled The Migration of the Negro, a group of 60 paintings that traced the vast relocation of African Americans from the South as they sought new opportunities and more freedoms in northern states. The series launched Lawrence’s career. In the early 1970s, the Kent Bicentennial Portfolio committee asked 12 American artists to create images that reflected their personal definition of independence. Lawrence’s submission, The 1920’s… The Migrants Arrive and Cast their Ballots, shows a diverse group of African Americans exercising their rights to vote. Men and women, young and old, wait for their turn at the voting machine, seen in the back of the composition.