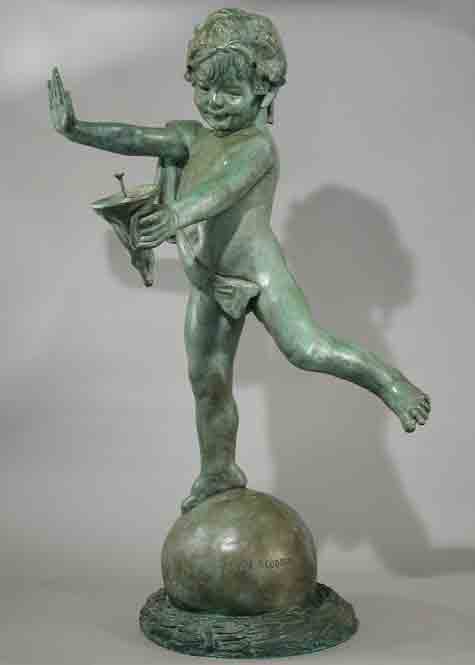 Janet Scudder's first professional experience as a sculptor focused on the production of ornate carved wood mantles for elegant Victorian homes in Cincinnati and Chicago. In 1893 Scudder, Bessie Potter Vonnoh (1872 - 1955), and several other women who would become important sculptors were engaged by Lorado Taft (1860 - 1936) to work on the sculptural program of Chicago's World's Columbian Exposition. Her work at the fair provided another defining moment in her career - an introduction to the work of Frederick MacMonnies, the sculptor whose Barge of State was featured in the fair's Court of Honor. Despite his reticence to accept her as a pupil, she worked with him in Paris for two years beginning in 1896.