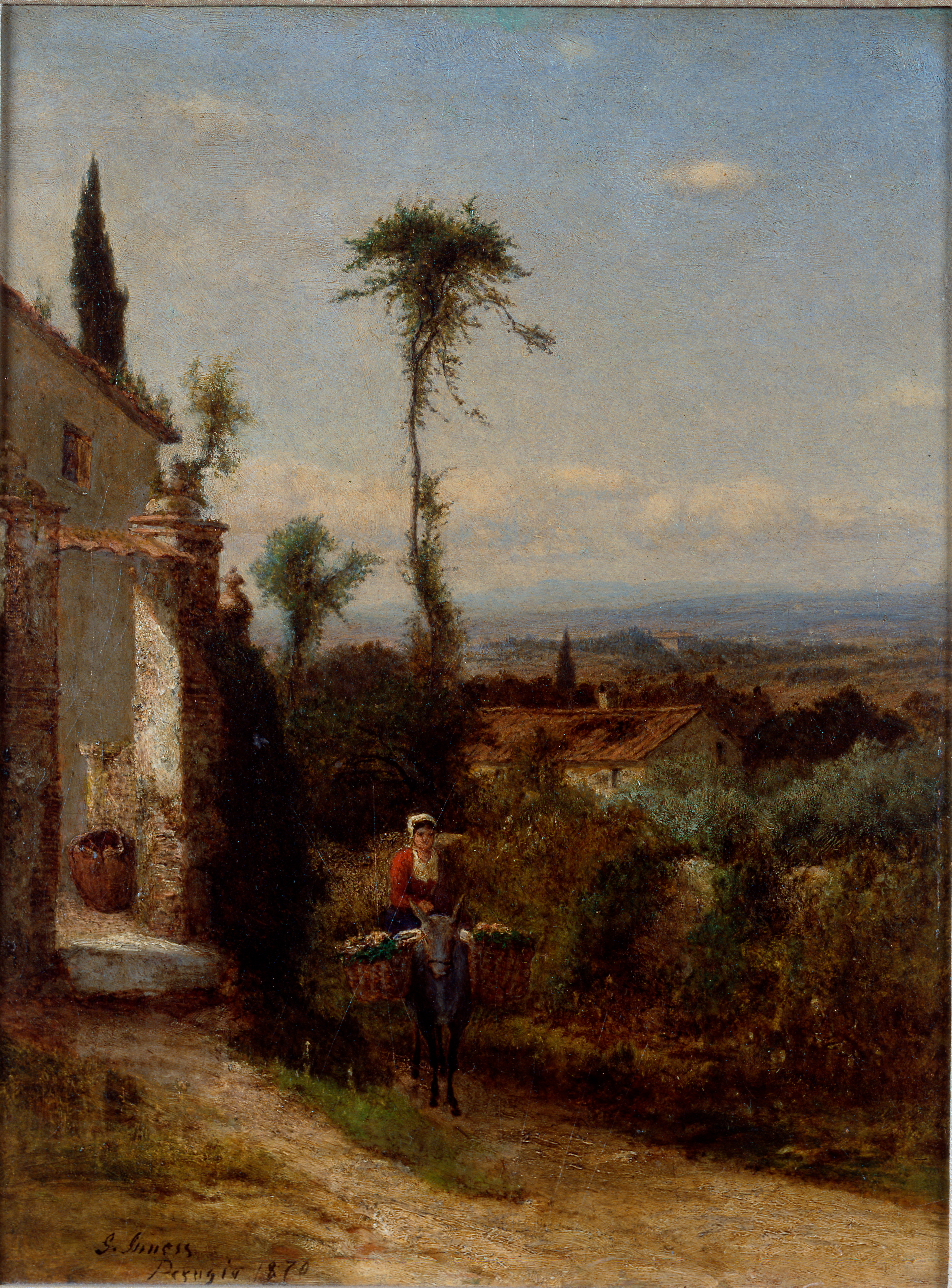 George Inness was born in Newburgh, New York, the fifth of thirteen children. He left the family grocery business and decided on a career in art at an early age. He received little formal training, but by the age of twenty was exhibiting at the National Academy of Design in New York. Between 1851 and 1875 Inness traveled to Europe and spent much of his time in Italy and France. In an attempt to relieve his epileptic symptoms, Inness sought the serenity of rural Massachusetts. The restless artist continued to travel between Europe and his studio in Tarpon Springs, Florida, making his final home in Montclair, New Jersey. Inness never associated himself closely with one artistic style or movement, but created individualized paintings of civilized landscapes infused with a sense of the divine.

This work was painted during Inness's second sojourn in Italy from 1870 to 1874. In the late 1860s he became a member of the Raritan Bay Union utopian community and started to study spiritualism. The teachings of the Swedish mystic Emanuel Swedenborg (1688-1772), who claimed that all material objects were spiritually charged, became especially important to Inness. From then on he produced landscapes based on his religious beliefs. Rather than painting nature as a topographic reality, Inness concentrated on capturing a harmonious and expressive vision. In this painting, the hazy veil of golden light evokes the mystery and beauty of the Italian countryside near the ancient Etruscan town of Perugia.