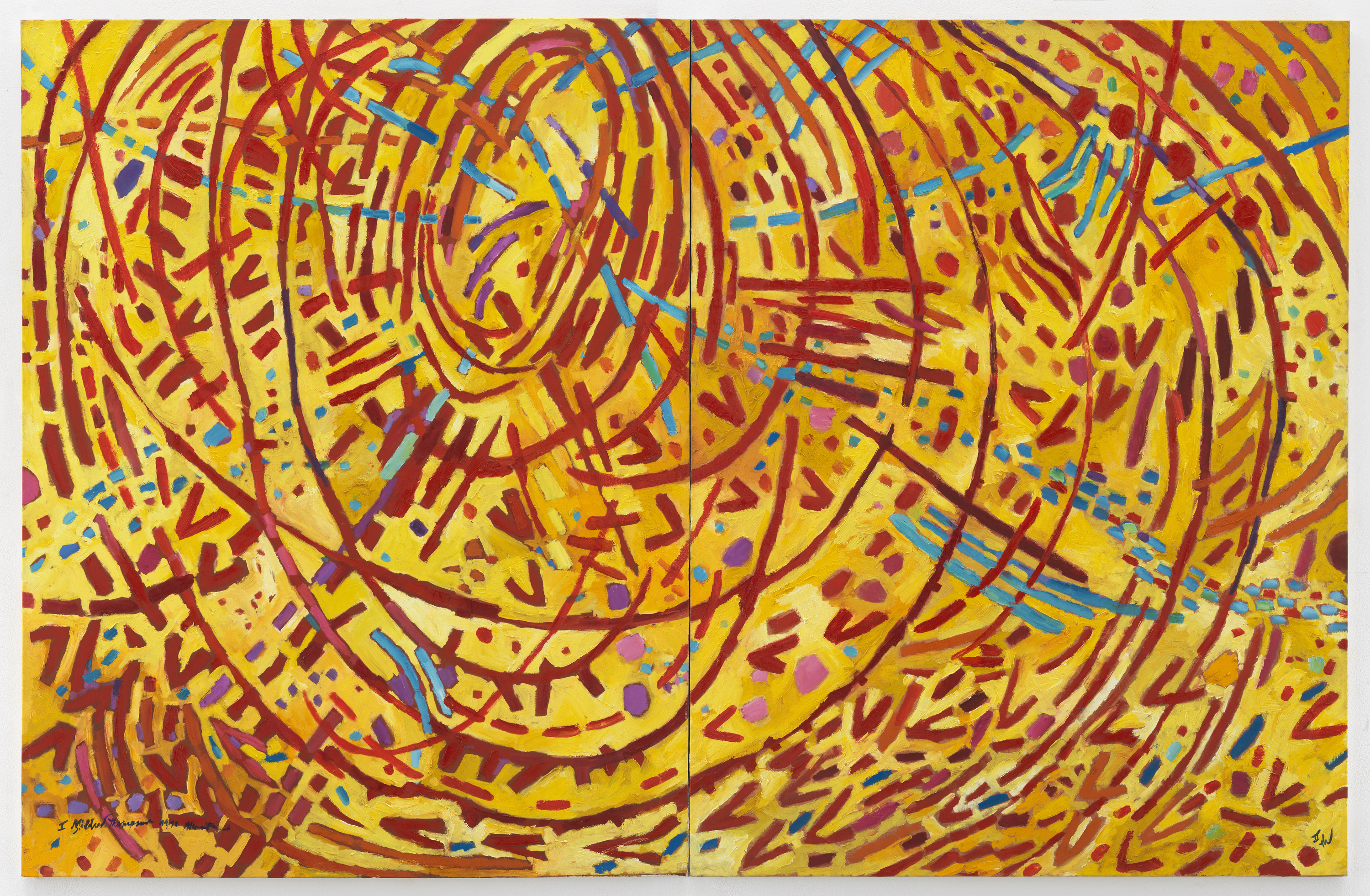 Mildred Thompson, born in Jacksonville, Florida, graduated from Howard University in 1957. She spent the majority of the 1960s in Germany, in response to racial and gender discrimination in the United States. Thompson served as the artist-in-residence for the City of Tampa in 1974, then returned permanently to the United States in 1985, settling in Atlanta.

Art historian Ana Fernandez writes, "Thompson's Socratic-style discussions revealed a glimpse of her insatiable curiosity and constant search. She reflected on politics, production, distribution, and art consumption from her perspective as a Black lesbian."

In the early 1970s, Thompson, influenced by the abstract paintings of the early modernists such as Wassily Kandinsky, consciously turned away from the creation of representational imagery to fully focus her craft on the abstract, choosing to artistically interpret scientific and musical theories that are not visible to the naked eye.

“My work in the visual arts is, and always has been, a continuous search for understanding,” Thompson said. “It is an expression of purpose and reflects a personal interpretation of the universe. Each new creation presents a visual manifestation of the sum total of this life long investigation and serves as a reaffirmation of my commitment to the arts.”

LEARN MORE ABOUT MILDRED IN THIS VIDEO