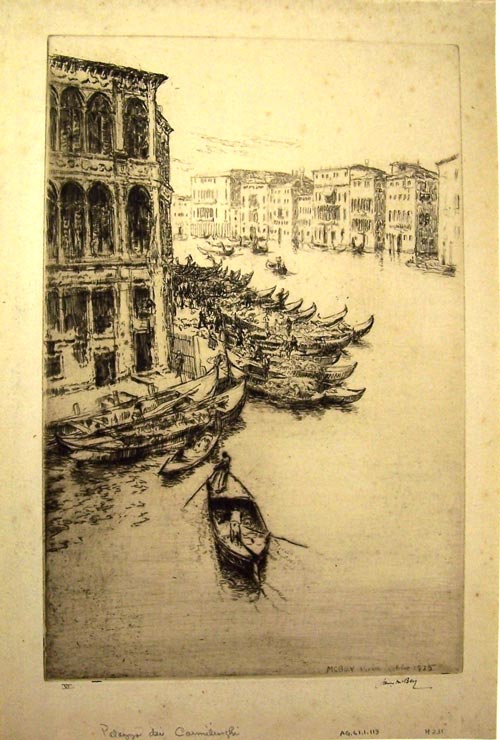 The James McBey Collection, donated by the artist’s widow in 1961, is one of the largest collections of his work outside his native Scotland. More than 140 works, including several watercolors, provide a survey of his entire career. The subjects of his works relate to a lifetime of world travels to London, Holland, France, Spain, Morocco, Italy, and the United States. His appointment as an artist to the British Expeditionary Force in Egypt during World War I resulted in a body of work that documented the sights and people of that desert kingdom.