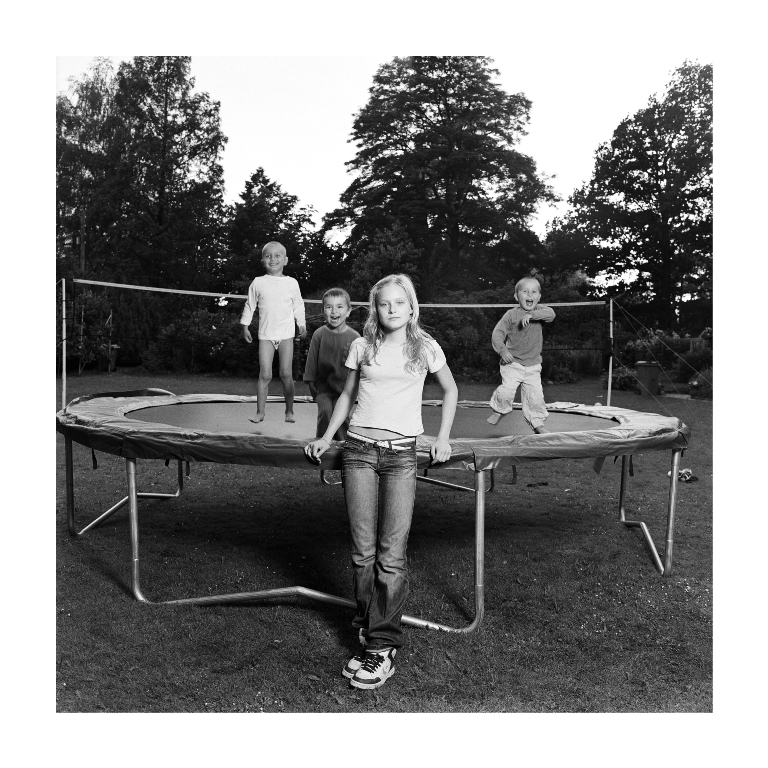 Israeli photojournalist Vardi Kahana spent more than 15 years documenting her family for her series One Family. Tracing four generations in the years following the Holocaust, her work weaves a complex narrative of Jewish Israeli society—from her parents and their siblings, all Holocaust survivors, to their great grandchildren. This photograph shows the grandchildren of her cousin, Shmuel, living in Denmark. Collectively, the children have grandparents who are Jewish, Christian, and Muslim, but they share a grandfather who was a survivor of the Holocaust. Kahana describes the three religions on a trampoline as an image of “hope.”