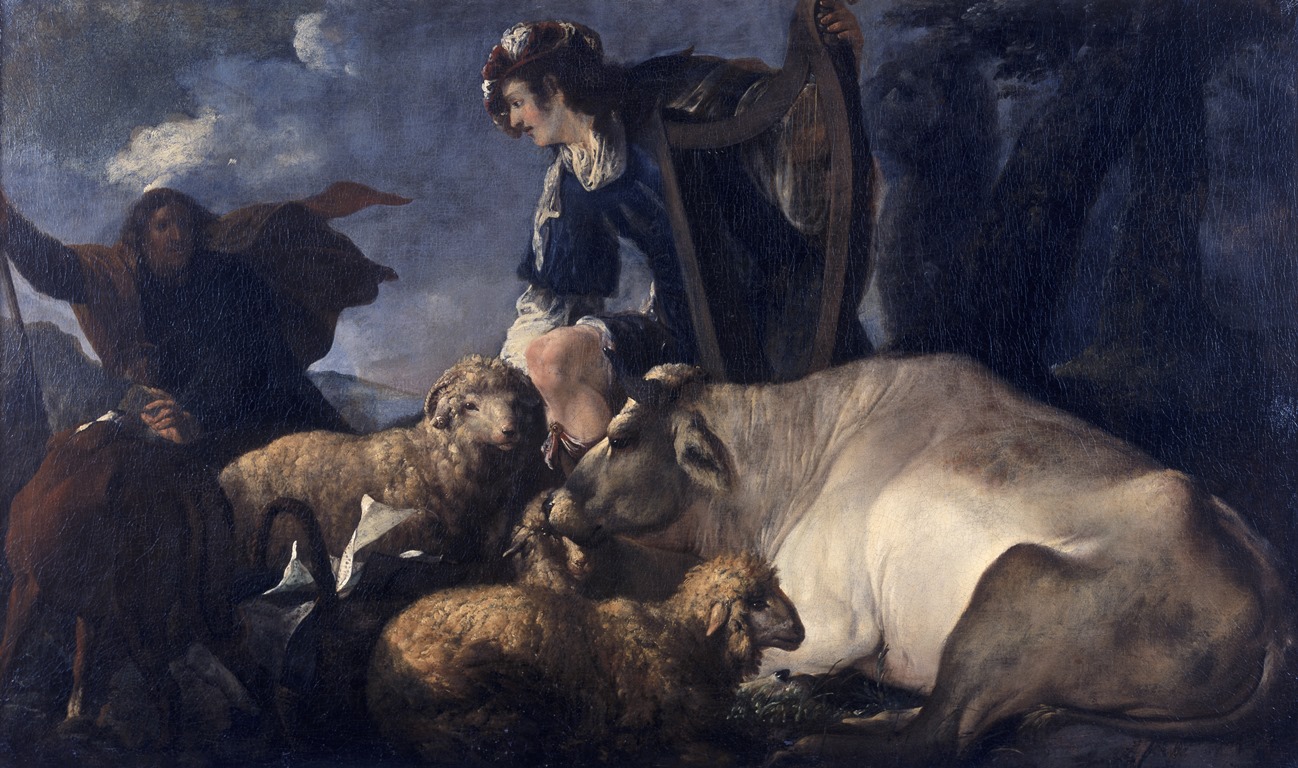 David Called from his Flock

German-born artist Carl Ruthart studied painting throughout Europe, and became well known for his rendering of animals. David Called from his Flock showcases Ruthart’s skill. Taking inspiration from the First Book of Samuel (16:11-13), Ruthart depicted David being summoned to appear before the prophet Samuel, where he will be proclaimed the future king of Israel.