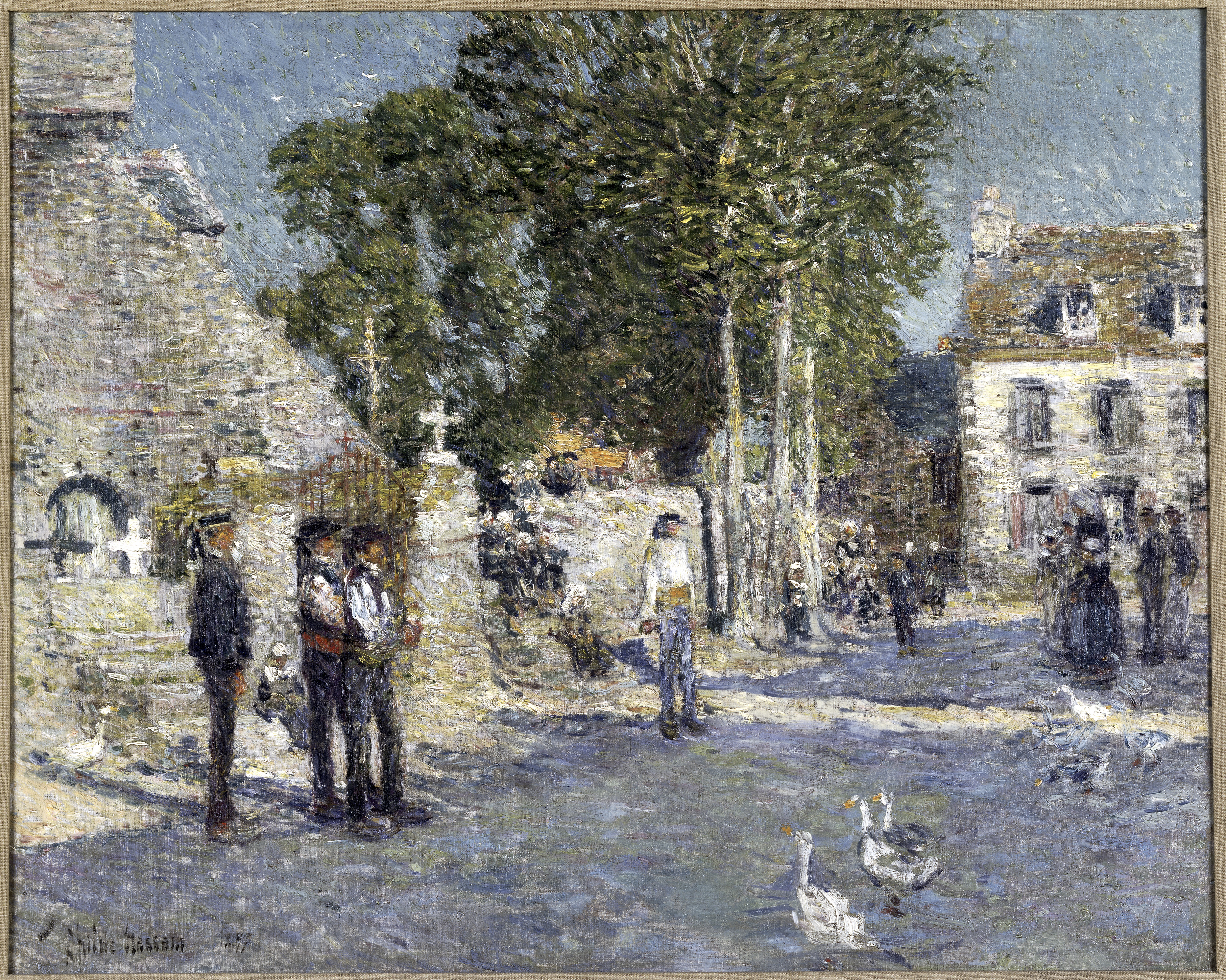 Childe Hassam is the painter most closely identified with the development of American Impressionism. He broke away from the conservative artistic establishment in 1897 and became intensely interested in French painting. Hassam was attracted to the French Impressionists' commitment to outdoor painting and use of vivid colors. In this work, his technique has evolved toward the broken brushwork and radical effects of light and color of the new style without slavishly surrendering to it. As one critic wrote early in the twentieth century, "Hassam saw the wisdom in French Impressionism. But these things opened his eyes rather than governed his brush."

"I believe the man who will go down in posterity is the man who paints his own time and the scenes of everyday life around him.… There is nothing so interesting to me as people," said Hassam in the October 1892 issue of Art Amateur. The afternoon captured in this painting shows a small group of Breton peasants dressed in their Sunday best, watching a group of geese parading on a street near the local church. Pont-Aven was a well-known artists' colony on the northwest coast of France, admired for the rugged terrain surrounding the village and its proximity to the tempestuous North Sea.