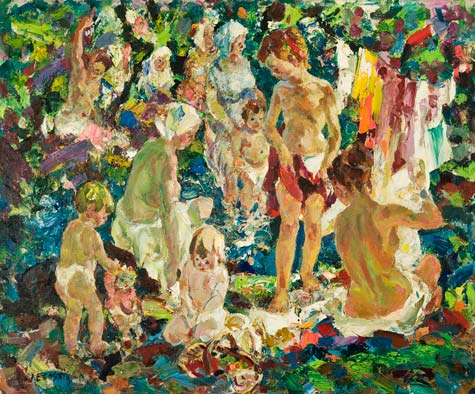 Oil on canvas
30 x 37 in.
Purchased with funds from the Mae W. Schultz Charitable Lead Trust

John Costigan was a self-taught painter best known for his scenes of pastoral, rural life. Early in his career he designed posters for theatre companies and films and continued to work as an illustrator through the early 1900s. He and his wife moved to a community outside New York City in 1919, and many of his works after this time period use his extensive family of five children and multiple grandchildren as models.