Movie Posters from the Permanent Collection 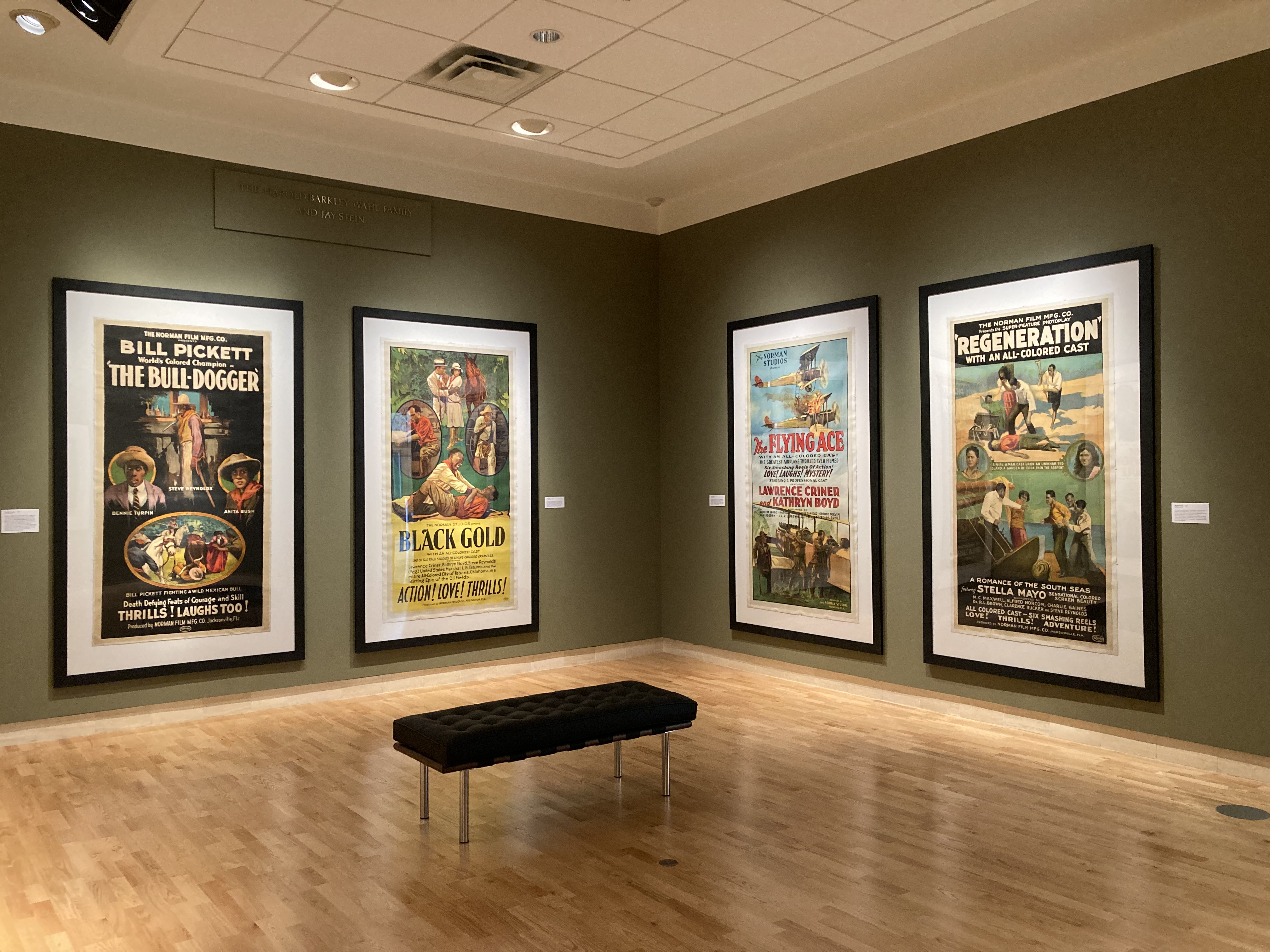 Before Hollywood dominated the film industry, Florida was the hot spot for movie executives.  With our warm weather, sunny skies, convenient location, cheap labor, and diverse scenery, Florida quickly became a frontrunner in the early film business in the first part of the 20th century. Jacksonville in particular seemed a logical choice as a capital.  The city was the principal financial, manufacturing, distribution, and transportation gateway in the Southeast.  It was, in fact, the largest metropolis in the state.  Its proximity to the St. Johns River, Atlantic Ocean, and Eastern railroad allowed easy access for crews and materials.  At the same time, numerous environments including beaches, swamps, river views, downtown districts, and historic St. Augustine were also convenient.

However, the heyday was short-lived. By 1920, Hollywood had already gained preeminence as the nation’s film capital. This shift westward allowed First Coast native and silent filmmaker, Richard Norman, the opportunity to purchase the bankrupt Eagle Studios complex in Arlington in 1920. Norman produced at least 8 feature films in 8 years and gained national attention by producing films with Black casts for Black audiences.

In the earliest years of filmmaking, Black actors and actresses played extras or bit parts in films aimed toward white markets.  Heroic or positive roles were unheard of until white filmmakers realized that there was a market for race-based pictures. After his purchase of the former Eagle Studios complex, Richard Norman, a white man, had the finest studio complex of any African American-based film producer.

Norman succeeded at producing low budget yet polished and entertaining black cast films.  His productions featured black actors as cowboys, pilots, and businessmen in romance, mystery, and action films.  He recruited some of the most prominent stage actors to make the switch to the screen. Although his films were popular with audiences across the country, especially the emerging black middle class, he was forced to close his business at the onset of the Great Depression.

All five buildings of the Eagle/Norman property are still standing today on Arlington Road near Cesery Boulevard and a local nonprofit, the Norman Studios Silent Film Museum, Inc., was formed in 2007 to celebrate the role of filmmaker Richard Norman in the early days of the movie industry. The site is listed in the National Register of Historic Places.