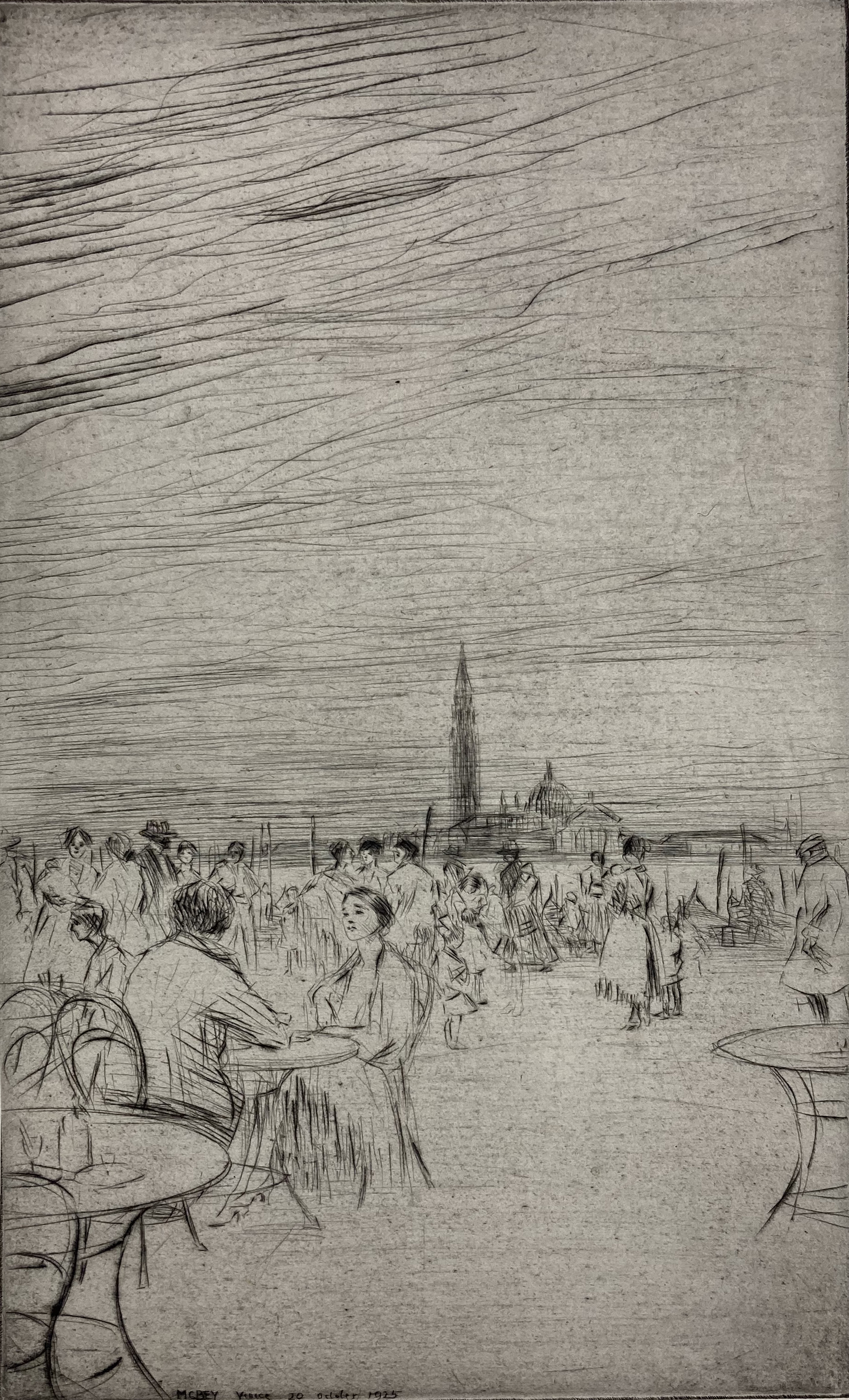 The Cummer Museum owns one of the largest collection of works by artist James McBey (1883 – 1959) outside of his native Scotland. Although he left school at 14 to pursue a job in banking, in the evenings, he spent much of his time in the art section of the Free Library. Book by book, McBey studied the work of great artists and taught himself to paint, draw, and etch. His first print, an image of the Aberdeenshire coast, was drawn on a copper plate he purchased from a plumber, and he created his own printing press by adapting the kitchen laundry wringer. After finishing his second print, he crafted another printing press with rollers made from a discarded propeller shaft he found in a local yard.
McBey’s early work captured his native Scotland, from quiet seascapes to animated street scenes and imposing views of Edinburgh Castle. To perfect his craft, he traveled to the Netherlands to study works by Rembrandt (1606 – 1669), and then to Spain and Morocco. His first solo exhibition was held in London in 1911 and recorded more than 100 sales – McBey left banking to pursue art full time.
As an artist for the British Expeditionary Force during World War I, McBey created boldly realized visual documents of the landscapes and people he encountered. Even during wartime, when all sketching was prohibited without special permission, McBey continued to diligently observe and record the events that unfolded before him. His friend, artist and fellow soldier Martin Hardie, who was also a curator at the Victoria & Albert Museum, reported that McBey “had to depend on thumbnail notes, and on small sketches made in the palm of the hand, and even inside his pocket” to gather the material needed for creating his prints.
McBey became an American citizen in 1942 and enjoyed a series of successful exhibitions in New York. Following the Second World War, he settled in Morocco and worked exclusively in drawings and watercolors until his death.

This exhibit was organized by the Cummer Museum of Art & Gardens.