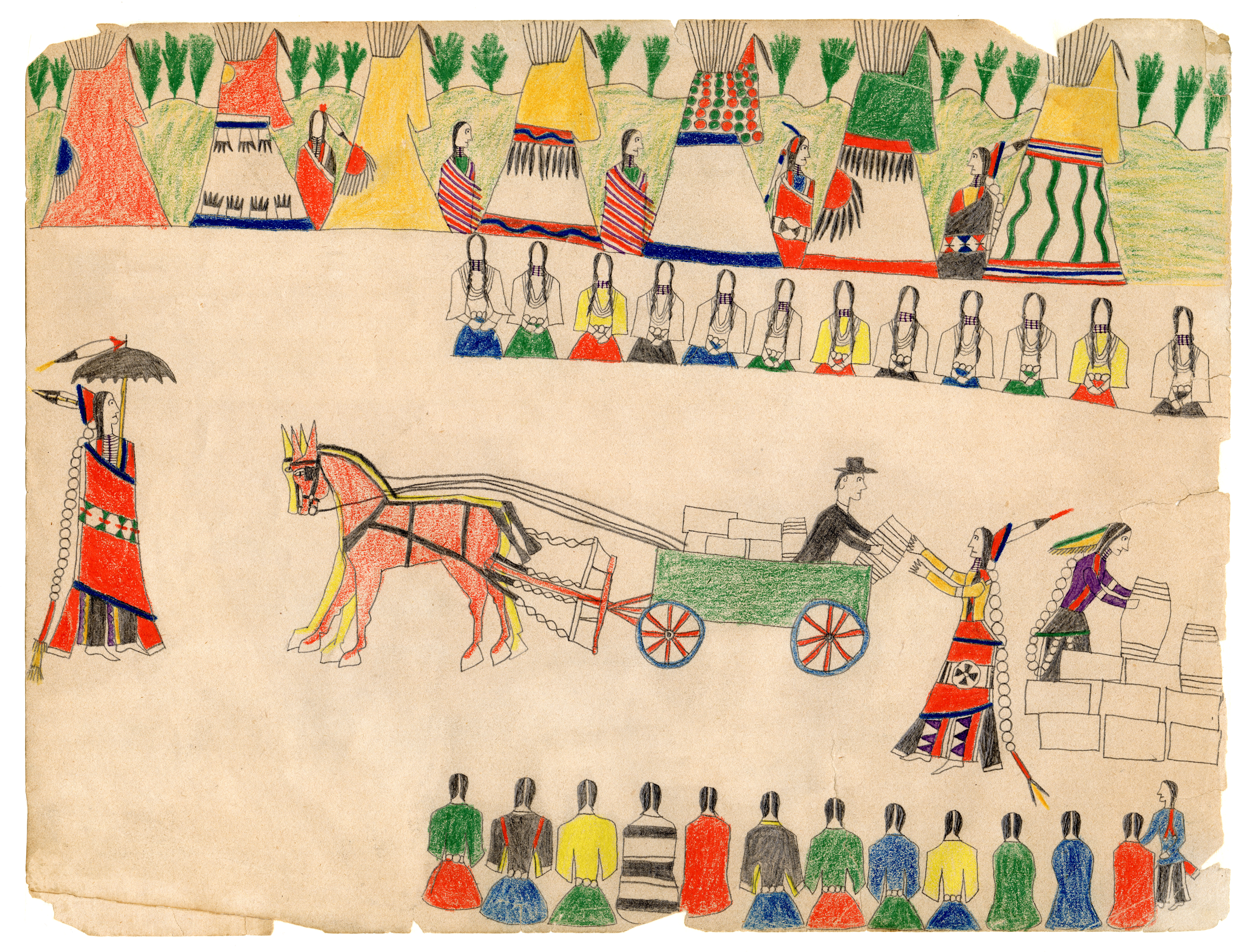 In 1875, following the Red River War, the United States government ordered the arrest of 72 Cheyenne, Kiowa, Comanche, Caddo, and Arapaho warriors. Of these, 15 were Cheyenne. Taken from their families, most warriors thought they were being sent away to die.  Shackled, they were loaded onto trains and sent east. Nearly four weeks later, they arrived at Ft. Marion in St. Augustine, Florida, their home for the next three years.
While at the fort, government agents tried to assimilate the imprisoned Cheyenne. Their once long hair was cut short and their clothing replaced by military uniforms. The Cheyenne were in an environment they barely understood.  For nearly 100 years, this narrative was told and retold by historians and government agents.  However, the Cheyenne have their own story to tell:  a story highlighting the journey east, as well as the life they left behind.  A story told in art through drawings created by Cheyenne warrior artists while imprisoned at Fort Marion.
This exhibition is drawn from the Arthur and Shifra Silberman Collection, National Cowboy & Western Heritage Museum. It was curated by Gordon Yellowman, Director of Language and Cultural Programs, Cheyenne & Arapaho Tribes; Veronica Pasfield, Ph.D., Journalist, Independent Curator & Museum Decolonizer, Bay Mills Indian
Community Member; and Eric D. Singleton, Ph.D., Curator of Ethnology, National Cowboy & Western Heritage Museum.