Ninah Cummer and the history of the Museum

The Cummer Museum of Art & Gardens, built on the site of the home of Ninah and Arthur Cummer, opened its doors November 11, 1961. The Museum was the culmination of this couple's remarkable civic, social, and business involvement in northeast Florida. Arthur Gerrish Cummer, originally from Morley, Michigan, was born in 1873 into a family of lumbermen. By the 1890's the family business had spread from Michigan to Virginia and Florida. While attending the University of Michigan, Arthur met Ninah May Holden, originally from Michigan City, Indiana. Ninah, born October 16, 1875, was one of the few women attending the university where she studied languages. After graduating in 1895 Ninah taught Greek and Latin at Michigan City High School. Immediately after their marriage in 1897, the couple moved to Jacksonville, Florida, then the center of the family's thriving lumber business.
In 1902 Mr. and Mrs. Cummer began constructing a large English Tudor Revival house, replete with exterior half-timbering and richly carved interior paneling. Situated on Riverside Avenue, the home was part of the close-knit family compound of three houses with adjacent gardens. Mrs. Cummer gave birth to a daughter on November 13, 1909. The girl was named DeEtte Holden Cummer, but sadly lived only seventeen days. Upon the death of their only child, the Cummers devoted themselves to civic charitable work. Mr. Cummer, who had become president of the Cummer Lumber Company upon his father's death in 1909, served as director and vice president of Barnett National Bank and was a leading member of the Jacksonville Chamber of Commerce. Mrs. Cummer distinguished herself by organizing relief after the fire of 1901 and as a Red Cross volunteer during World War I. In 1910 she was elected president of the Children's Home Society of Florida, a position she held until 1940. She organized the first Garden Club of Jacksonville in 1922 and was offered the presidency of Garden Clubs of America, but declined the honor. Along with the Citizens Committee and various civic leaders and philanthropists, Ninah planned the development of Memorial Park. Watch "Conservation, Beautification, and a City Plan. Ninah Cummer and the Beautification of Jacksonville" here.
Mrs. Cummer had a keen interest in art, and purchased her first painting in 1906. This was the beginning of a collection that would eventually number more than sixty works and include paintings by Agnolo Gaddi, Peter Paul Rubens, Winslow Homer, and George Inness. Upon Mr. Cummer's death in 1943, she began collecting art seriously. Mrs. Cummer's focus expanded from developing her own gardens to the establishment of city parks for public access to garden environments. As a member of the City Planning Advisory Board and chairman of the Special Garden Club Committee, Mrs. Cummer was instrumental in conserving, preserving, and developing Jacksonville's green spaces. When she died on May 25, 1958, Mrs. Cummer's will established the DeEtte Holden Cummer Museum Foundation and bequeathed the bulk of her estate, including all the works of art, antiques, and the house itself to the foundation for the creation of an art museum. She understood that her fortune alone could not sustain a museum indefinitely. She stated that, "Naturally no civic undertaking can function adequately without the interest and support of the community within which it is located. Therefore it is hoped that there may be additions to the Foundation from time to time so that this Museum may rank favorably with those established in other cities in the United States."
The Cummer residence did not prove suitable for a museum and the architect Harold Saxelbye (1885 - 1946) was chosen to design a new museum building. Its exterior is a special pink-toned Georgia brick with Indiana limestone trim and granite steps. The interior courtyard features a covered walk roofed with clay tiles from the original Cummer home. A period room in Tudor Style within the museum preserves the atmosphere of the original Cummer residence. In 1991 the existing museum building was enlarged with the addition of two galleries on its east side facing the gardens. An adjunct building was purchased in 1990 to house the increasingly important art education center called Art Connections. Two acres of formal historic gardens surround and enhance the museum campus. Important gifts have enriched the Cummer Foundation in the last few decades. Particularly noteworthy additions are the Wark Collection of early Meissen porcelain, the Dennis C. Hayes Collection of Japanese woodblock prints, and the Eugene Louis Charvot Collection of nineteenth-century prints and paintings.
Mrs. Cummer built a deep knowledge of Florida horticulture, which she shared locally and across the state. In her will, Ninah noted her desire to create "a center of beauty and culture" for the benefit of "all of the people." Although she was specifically referring to the museum itself, Memorial Park and the greenspaces she advocated for are outstanding examples of her continuing imprint on our city. 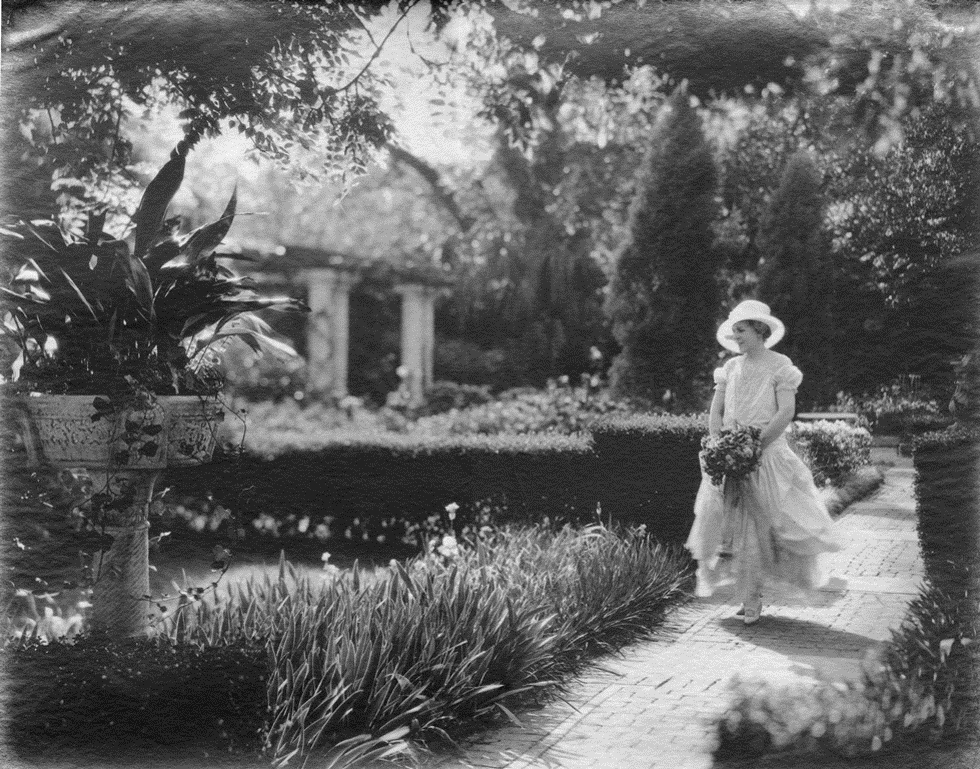