The Cummer Shop is filled with items that are educational, inspirational, and fun. The selections reflect the quality of the Cummer Museum’s Permanent Collection, Gardens, and Exhibitions. The Shop features artwork for sale by local and regional artists. In addition, the Shop has a dynamic selection of wearable art, garden and home décor, children’s toys, books, cards, and art prints. Proceeds from the Cummer Shop support the many programs at the Museum.

The Cummer Shop is open during Museum hours. Admission to the shop is always free. Members receive a 10% discount on all purchases. Gift-wrapping and shipping services are available. The Cummer Shop also features holiday events such as Champagne & Shopping and Museum Store Sunday. This is a timely, visual exploration of the life, art, and lasting legacy of Augusta Savage (1892 – 1962). An outstanding sculptor associated with the intellectual and cultural awakening known as the Harlem Renaissance, Savage overcame poverty, racism, and sexual discrimination in pursuit of her goals. Creating new visions of Black identity in her work, she was also an activist, campaigning for equal rights for African Americans in the arts.

Born just outside Jacksonville, Florida, Savage left the South to pursue new opportunities. She took classes at Cooper Union School of the Arts in New York City and in 1929 won an award to study in Paris. Returning to Harlem, she opened a studio and also offered art classes. She was one of the founders of the Harlem Artists’ Guild and was made the first director of the federally supported Harlem Community Art Center. Through her leadership there, Savage had an impact on two generations of Harlem artists, among them Charles Alston, William Artis, Romare Bearden, Robert Blackburn, Selma Burke, Ernest Crichlow, Gwendolyn Knight, Jacob Lawrence, Norman Lewis, Marvin Smith, and Morgan Smith – all represented in this book.

This ground-breaking volume features illustrations of more than 40 works by Savage, her students, and her contemporaries, archival letters and rarely seen photographs, as well as essays by three outstanding scholars and an extensive biography. 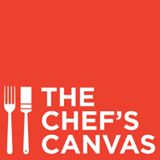 The Chef's Canvas is a cookbook unlike any other! This artfully-designed coffee table book is beautifully produced and perfect for lovers of art and food. Published by the Cummer Museum of Art & Gardens, the book pairs works of the Museum's Permanent Collection with some of the best chefs, bartenders, and breweries in Northeast Florida. Through the eyes and mouths of these culinary experts, each Chef created a recipe inspired by the work of art. This publication is a true celebration merging fine art and the art of fine food. 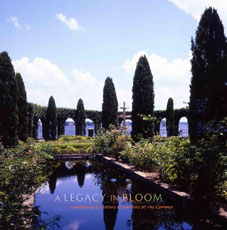 A Legacy in Bloom: Celebrating a Century of Gardens at The Cummer

The inaugural garden publication, by garden historian Judith B. Tankard, is available in the Cummer Shop. In words and pictures, this book tells the story of the Gardens at the Cummer Museum from their inception in 1903 by Ossian Cole Simonds, a prominent Midwestern landscape architect, to Belgian landscape artist Francois Goffinet's far-reaching visions 100 years later. Throughout the story runs the determined Ninah Cummer, founder of the Museum, without whose foresight in hiring an incomparable team of experts and her own passion for horticultural knowledge, the Gardens would never have existed.