A Commemoration of the Civil Rights Movement:
Photography from the High Museum of Art 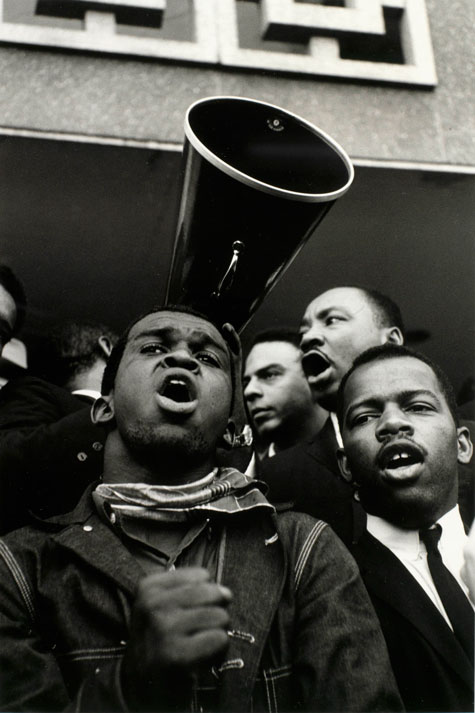 The High Museum of Art holds one of the most significant collections of photographs of the Civil Rights movement. The 22 works on display in the exhibition are only a small fraction of The High's collection, which includes more than 250 photographs that document the social protest movement, from the arrest of Rosa Parks to the Freedom Rides to the 1963 march on Washington, D.C. The city of Atlanta — the birthplace of Dr. Martin Luther King, Jr. — was a hub of civil rights activism, and figures prominently in the collection. Visionary leaders such as Dr. King, Congressman John Lewis, and former mayor Ambassador Andrew Young are featured alongside countless unsung heroes.

The photographs in this exhibition capture the courage and perseverance of individuals who challenged the status quo, armed only with the philosophy of nonviolence and the strength of their convictions. The images were made by committed artists, activists, and journalists, who risked injury, arrest, and even death to document this critical moment of growth in our nation. The tenacity of these dedicated and gifted individuals — on both sides of the camera — continues to inspire social justice advocates today.