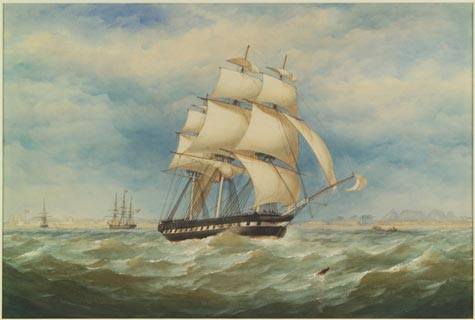 Explore the rich history of British watercolors through works in the Cummer Museum’s Permanent Collection, given by Mr. and Mrs. Terrell Lee Bebout. Although this medium was viewed initially by many as a pastime for amateurs, British artists of the late 17th century began to create more advanced watercolors that would ultimately rival oil paintings. The movement became so popular that the Royal Watercolour Society was founded in 1804, creating not only a platform for artists to explore technological advancements but also a strong collector base. Works include seascapes, landscapes, portraits, still lifes, and historical scenes.