An American in Venice:

James McNeill Whistler and His Legacy 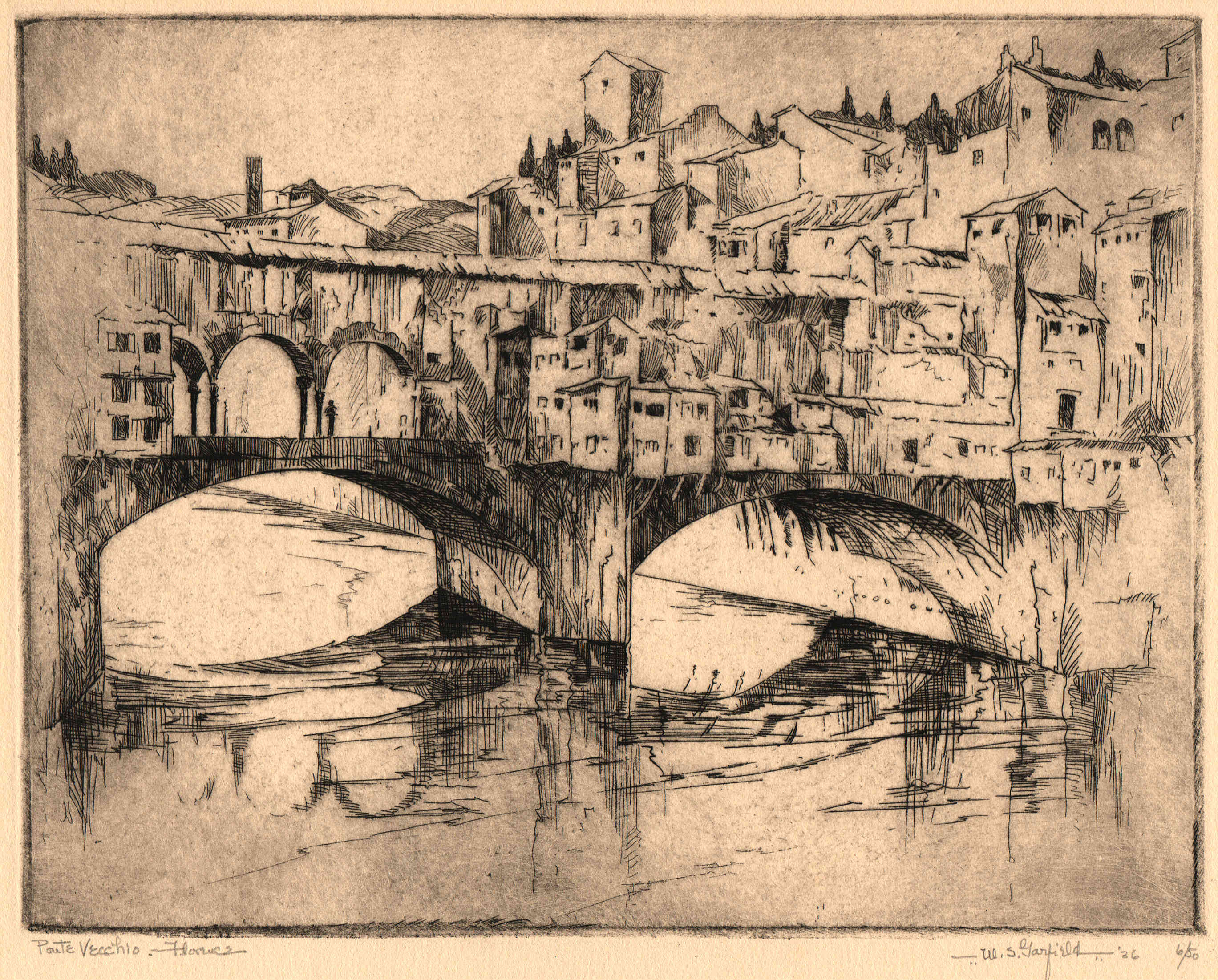 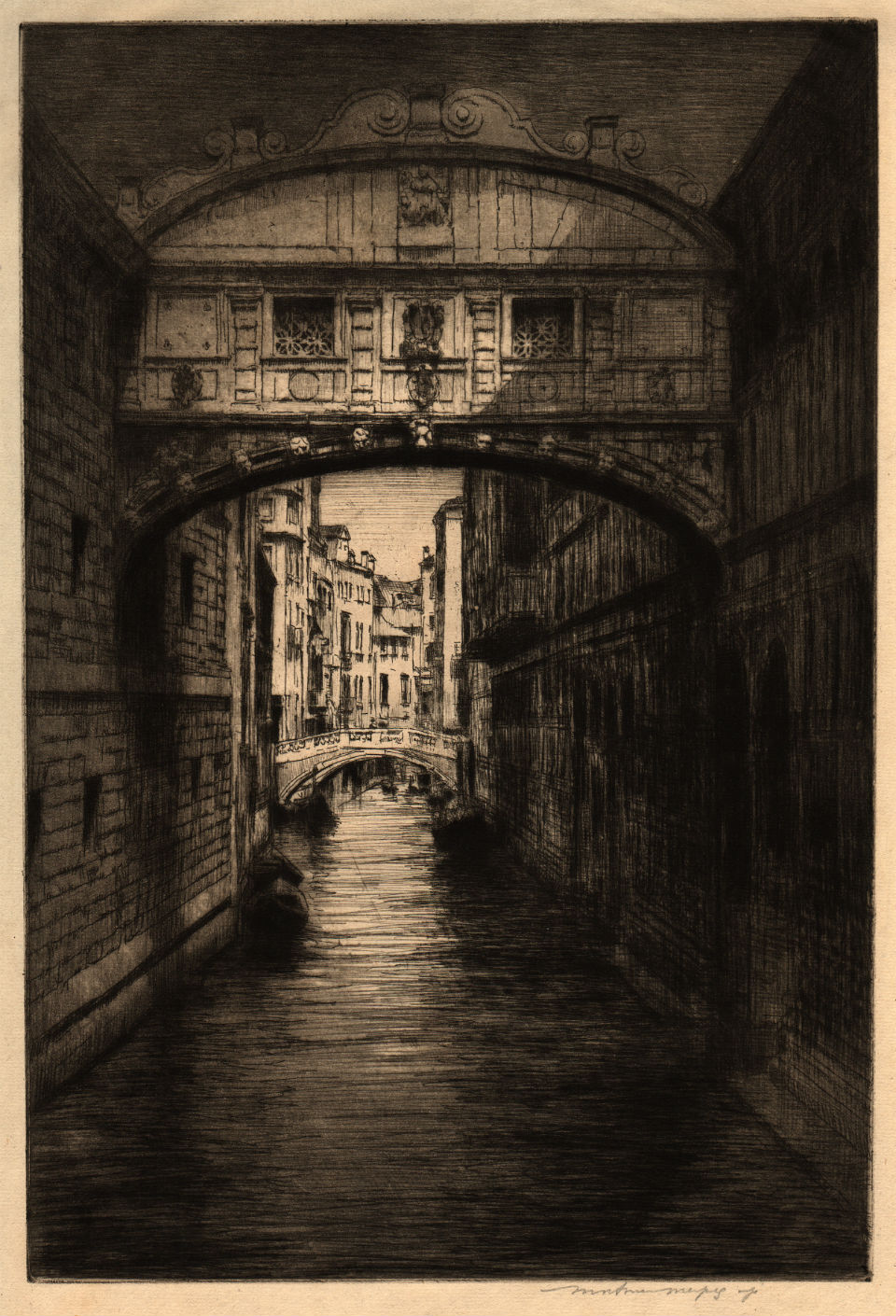 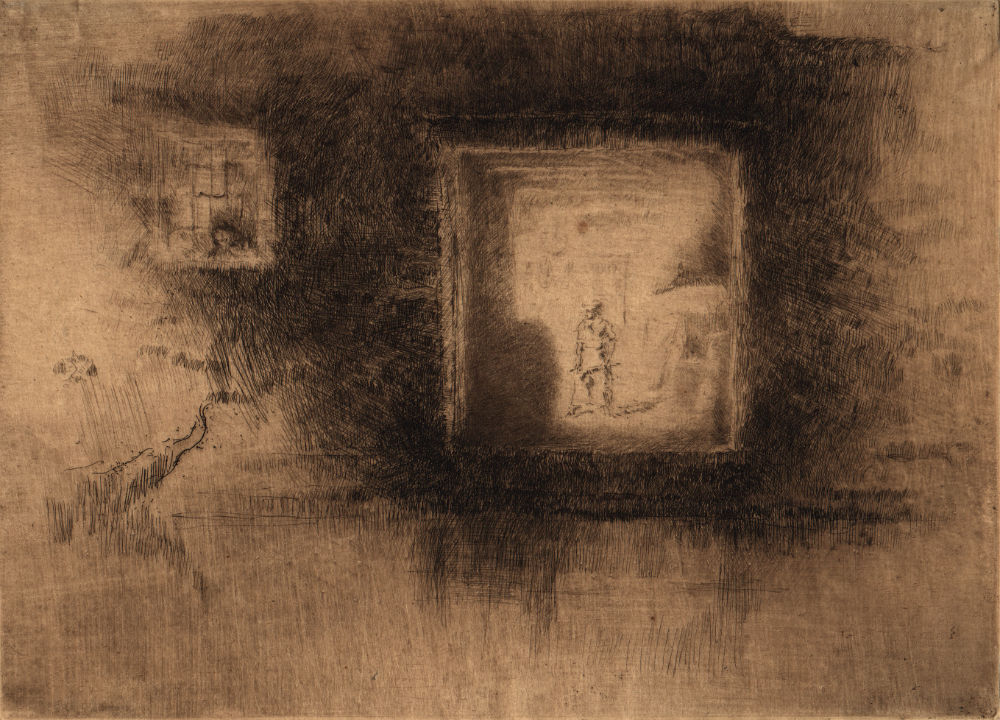 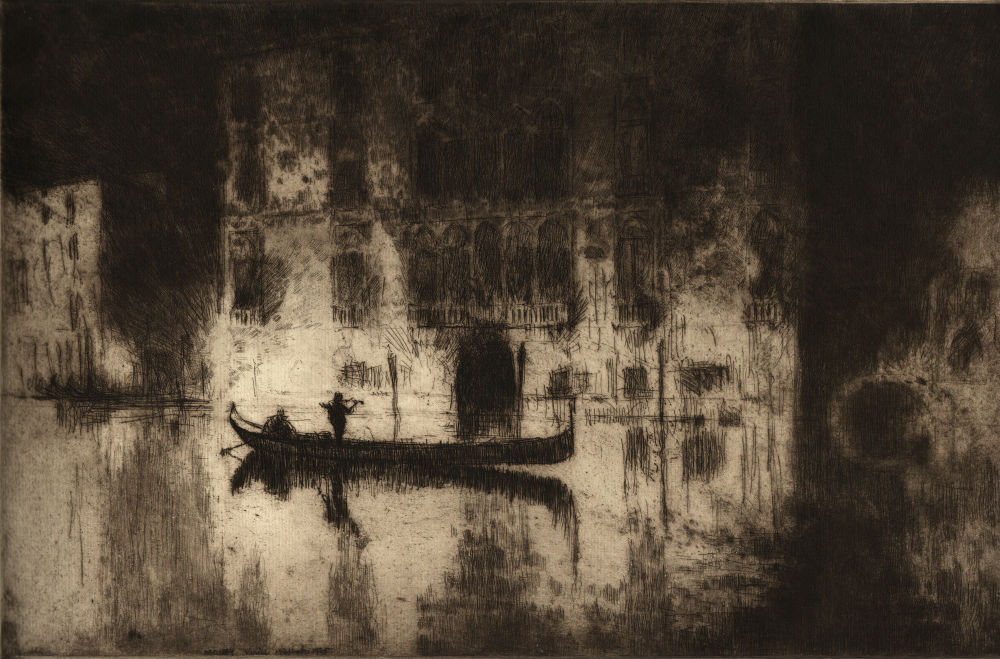 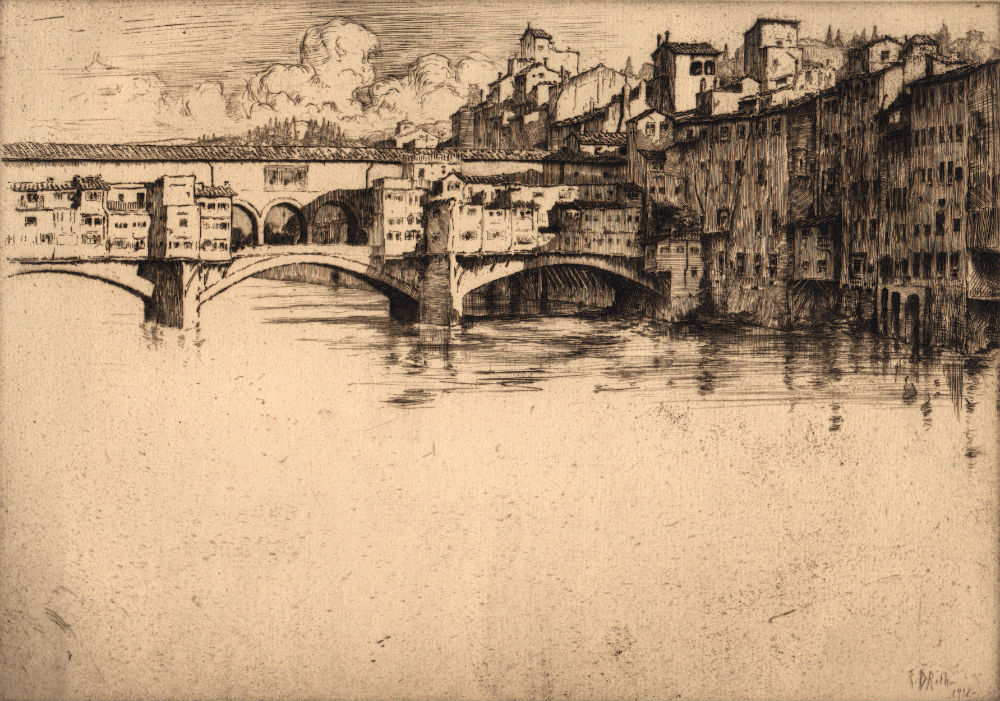 In 1879, American artist James McNeill Whistler arrived in Italy with a commission from the Fine Arts Society of London to create 12 etchings of Venice. Over the ensuing 14 months the artist produced a body of prints that are among the most important of his career. The prints from Whistler’s Venice period are distinguished by the artist’s original approach to capturing the unique qualities of the canaled city and his innovative use of the etching process. His prints have arguably become the most studied prints in the history of art — after those of Rembrandt — and have had a significant impact on generations of artists.

Whistler distinguished himself from the landscape artists who had preceded him in Venice by avoiding the city’s tourist sites. He set out to depict a “Venice of the Venetians,” seeking the hidden canals, alleyways, and private courtyards of lesser-known quarters. Familiar views and monuments, when they do appear in his prints, are often in a hazy distance, seen from an unusual viewpoint. Whistler’s novel practice of drawing his scenes directly on to the copper plate allowed him to work quickly and led to his habit of exploring the city with prepared plates in his pockets. He paid particular attention to the effects of light and water, while experimenting with modern and antique papers during the printing process.

This exhibition presents 12 prints by Whistler, placing them alongside the work of followers who were practicing in Italy in the late-19th and early-20th centuries. The juxtaposition of these works allows the viewer to appreciate both Whistler’s innovations and the different ways in which his approach influenced others. While artists such as Mortimer Menpes and Joseph Pennell may sound familiar, other artists in this exhibition, like Minna Bolingbroke, have been forgotten.