450 Years of French History in Florida 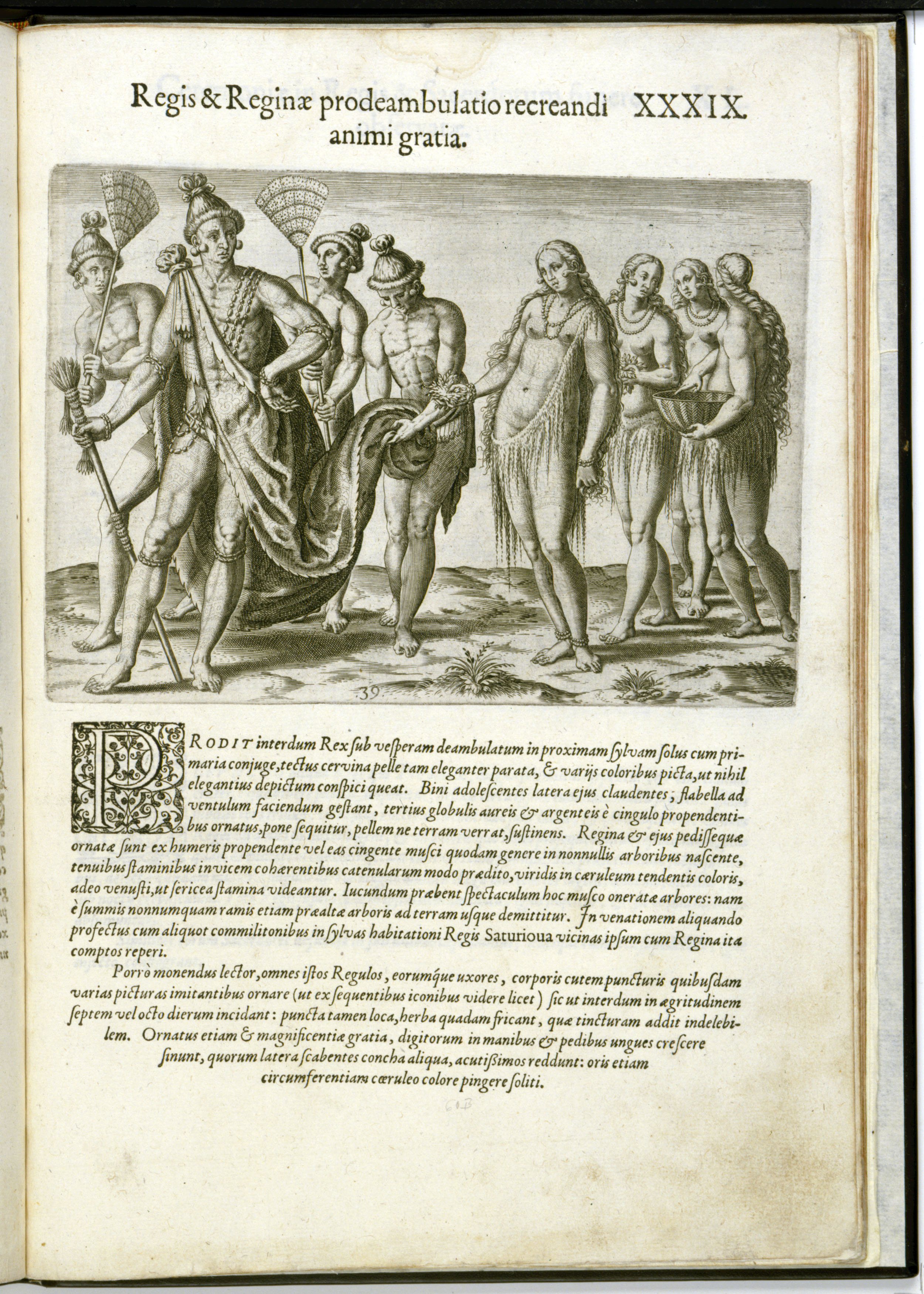 The extraordinary career of the Huguenot artist Jacques Le Moyne de Morgues (c. 1533 – 1588) has only relatively recently been defined and described.  Not much is known of his early years.  A native of Dieppe, France, Le Moyne likely received some artistic training there, as the city was a leader in 16th century cartography and manuscript illumination.  In 1564, he journeyed to Florida with a group of French soldiers, led by René Laudonnière, as the expedition’s official cartographer and artist.  While Laudonnière and the others were charged with the establishment of a Huguenot colony at Fort Caroline, Le Moyne was charged with documenting the customs of the Timucua, the native inhabitants of the North Florida area, as well as local flora and fauna.  Unfortunately, a Spanish attack destroyed the Fort and killed most of its inhabitants, and Le Moyne and a handful of others were forced to return to France.  Unable to salvage his illustrations of the settlement and the Timucua, Le Moyne reportedly would recreate these scenes at the end of his life.  A Flemish publisher, Theodor DeBry, and his two sons claimed to use Le Moyne’s watercolors as inspiration for the illustrations in their picture book, A Brief History of Those Things Which Befell the French in Florida, which they published in 1591. Despite many errors that are visible to historians, this publication is considered to be an important text in the history of exploration.  The selection of images in this exhibiton comes from this publication.